“Trikaroo” was derived from two words "trike" (vehicle having three wheels) and "kangaroo" the largest member of the marsupial family (animals that carry their young). Think of it like a kangaroo on roller skates!

Trikaroo's are named after kangaroos. So of course we had to name our flagship vehicle “Boomer” (the Alpha male kangaroo).

Our founder Gina Garcia has had a love for trikes ever since her parents purchased her a Big Wheel in the 70’s. Her fondness towards anything on wheels grew to BMX, Rode, and Mountain bikes. Finding herself volunteering for the Military Cycling Association during her time in the Navy. At the end of Gina’s enlistment she found herself at a cross roads between College and Entrepreneurship and decide on opening a local bicycle shop. During her many years as a shop owner she has come across many styles of bicycles and tricycles. But became fixated with an ornate Pedicab a customer had brought in, that reminded her of the pictures and stories from her mother operating them in the Philippines in the 50’s and 60’s. 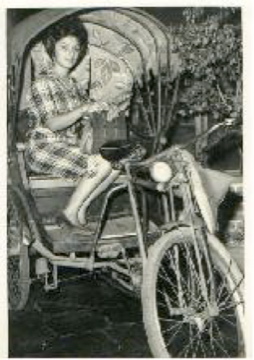 Gina’s wheels began to spin with the idea of why can’t they operate something like this in the United States and with that initiative she had began to operate and design a modern version of this old world technology. With her traditional designs of pedicabs she was receiving common feedback. Can these be made smaller and do you have something I don’t have to pedal? With the knowledge of what people had wanted, the idea of creating something fun to ride like her Big Wheel and functional like her mother's pedicabs. Gina had packed up and moved to Southeast Asia for a year to study the transportation in the Philippines, Thailand, and China. Gina’s explorations emerged with an innovative Urban Design of an E-Trike sturdy enough take a passenger as well as cargo and small enough to go through a standard doorway. Her mission, fun and functional, is now complete with her creation of the Trikaroo Boomer. 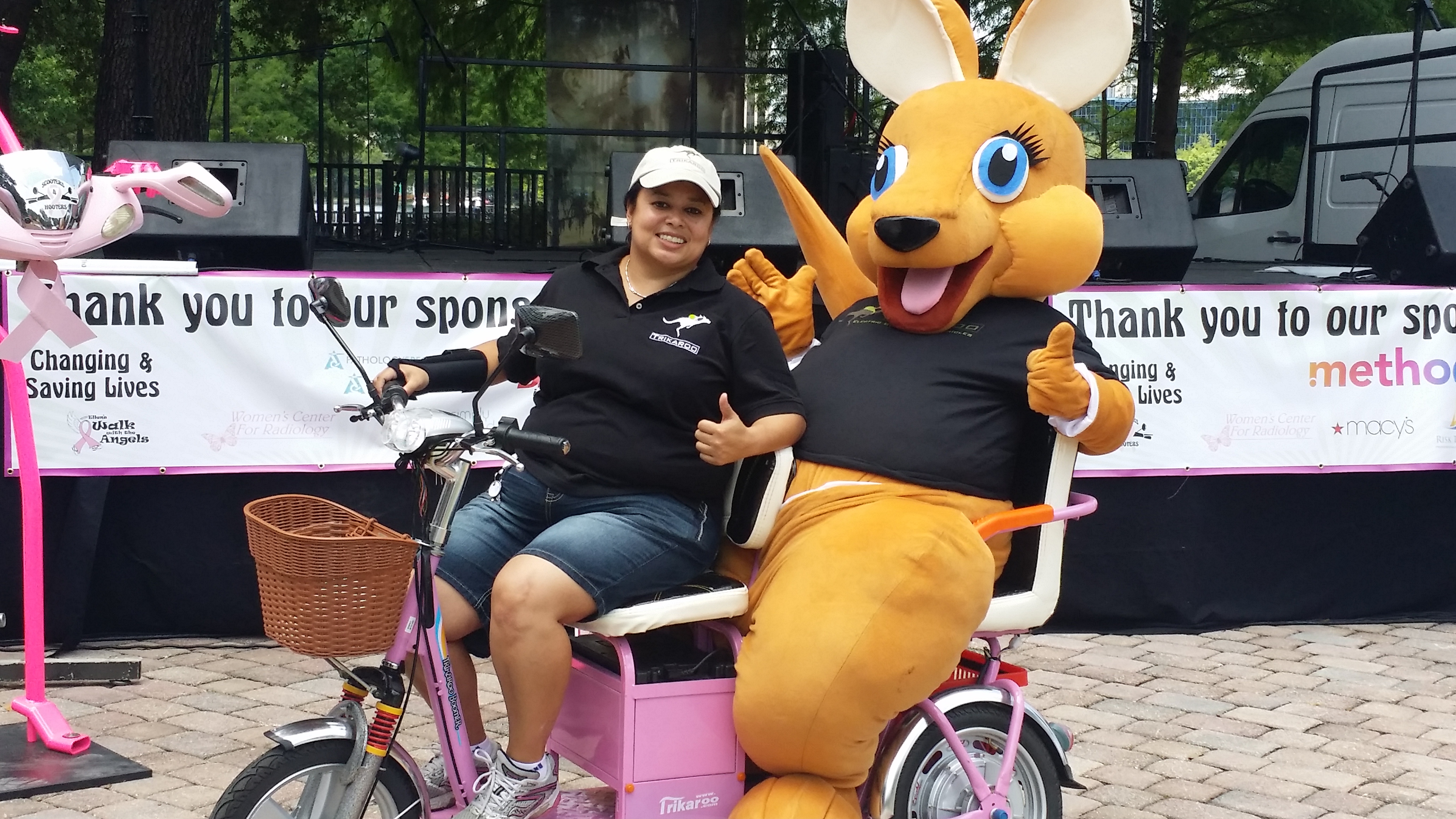